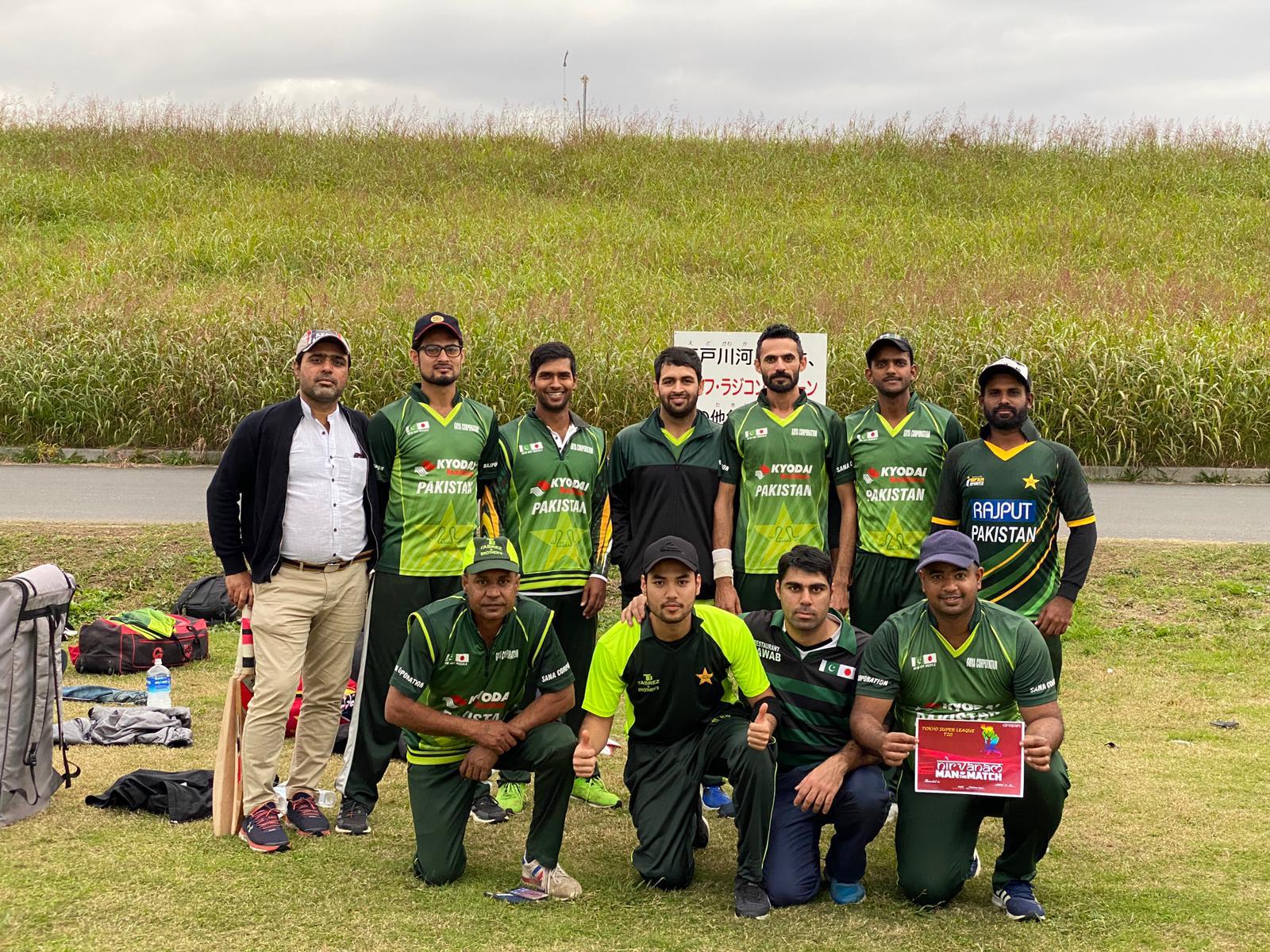 After vying for the top spot for a number of years both Serendib and Pakistan Stars finally turned the table on the usual suspects and had a classic encounter in a COVID-19 shortened season.

The Tokyo Super League, debuted as a T-20 league, after the 40-over Kanto Cricket League was abandoned for the 2020 season due to the pandemic, saw some classic, nail biting finishes during the league stage and finally boiled down to the top  four the league – The 2019 KCL champs Alpha Quashers, Tokyo Rhinos, Serendib and Pakistan Stars.

Surprisingly,  the first semi-final between the Quashers and Stars turned out to be an almost one sided affair with the Stars decimating the Quashers for 64 runs after setting them a target of 102 runs with Salman Khuwaja playing an important role in both batting (24) and bowling (3/8) for the Stars.

The second semifinal between the Serendib and Tokyo Rhinos on November 7 turned out to be cake walk for the former as they bundled the Rhinos out for 42 runs in 13.4 overs with Dinesh Sandaruwan taking 5-for conceding only 3 runs in his 4 overs and Prasheen Galuge claiming 3/24. The meagre total was overcome by the Serendib openers, Ishara Hasantha(17) and Supun Nawarathna (18).

Thus the stage was set for the grand final on November 8 between the Pakistan Stars and Serendib.

Under the autumn blue sky, final T20 match of the Tokyo Super League took place at the Edogawa cricket ground. Electing to bat first, Serendib opened with their attacking batsmen, Anushka and Ishara. Both batsmen scored boundaries at ease, Anushka reached 17 runs in just 5 balls. When Anushka was out bowled by Haider in the second over of the match the score read 22 for 1. Serendib’s attacking approach from the beginning resulted losing 3 quick wickets for 31 runs by the 4th over. Though Menaka, Vinod and Gayan tried to consolidate the innings, Serendib had lost the momentum and went on the back foot thanks to some good bowling. After 15 overs the score read 83 for 4. Specially after the introduction of Rashid Rana and Ibrahim’s accurate spin bowling Serendib’s late fireworks never came. At the end of the 20 overs the score read 108 for 6.

their hopes on the history of the Edogawa ground where most teams batting second were not able to  go past 100 runs. Serendib’s opening bowlers Dinesh and Arosh bowled tightly and the Pakistan Stars openers were not able to score any boundaries in the first few overs. Pakistan Stars were 18 for 3 after 6 overs with Arosh taking two wickets in two balls in his second over.  Then came the partnership of the match between Rashid Rana and Noor. First, they stayed at the crease by just defending and scoring singles. Once the first 3 fast bowlers were taken off, both batsmen were well set. After that it was all their game. When the 4th wicket was down the score read 100 for 4. Whenever Serendib was on the top of the game Pakistan stars was calm in their approach, bowled and batted sensibly. Rashid Rana was the top scorer with 40 runs. The Nirvanam Man of the Match was awarded to Noor for his 23 ball 30 runs. It was a well-deserved win for Pakistan Stars. Thanks everybody for making Tokyo Super League successful during a difficult time in 2020!