KCL kicks off with thumping win for Fuji 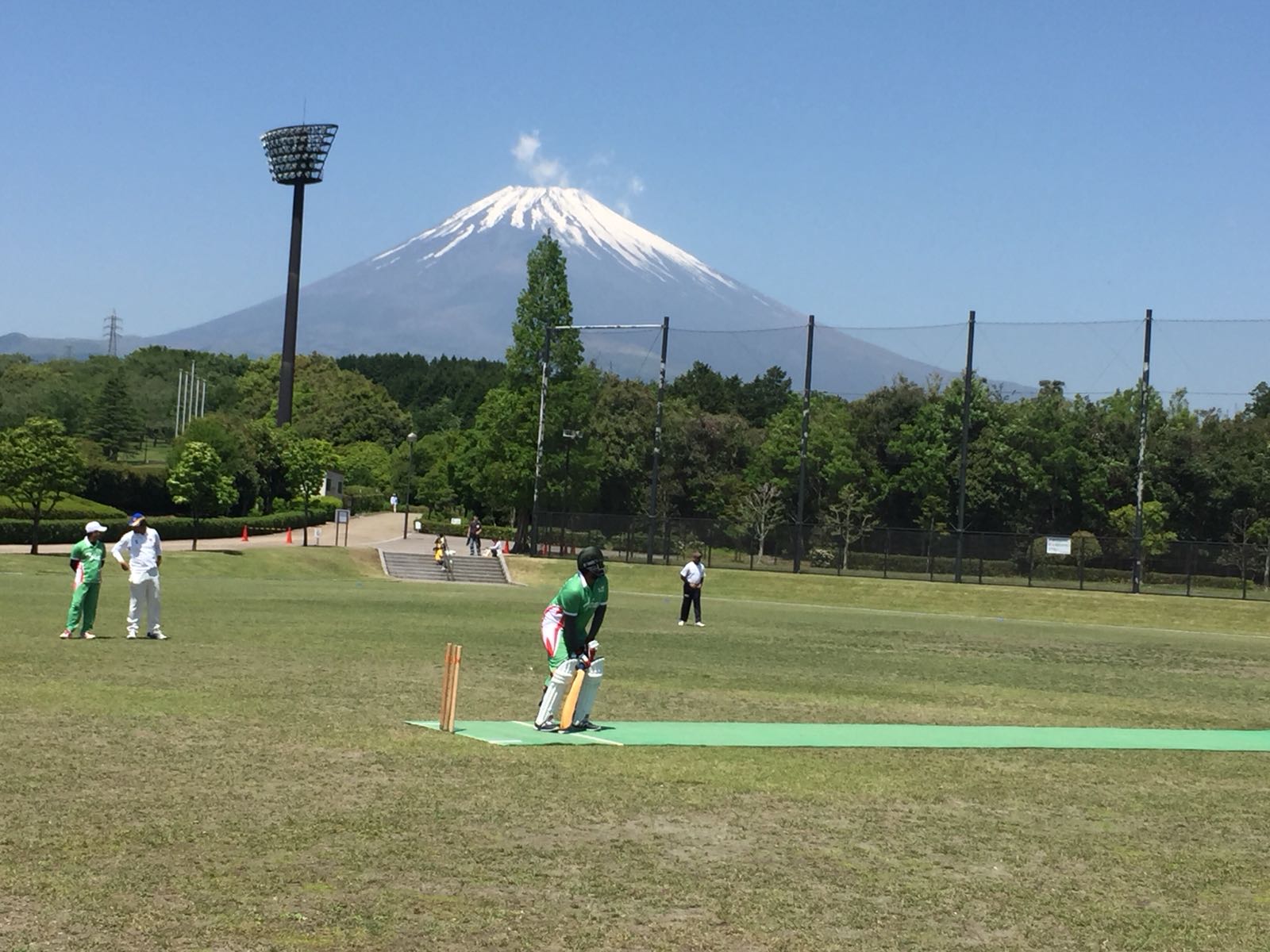 The Kanto Cricket League kicked off at the picturesque  Susono Park Ground on a beautiful sunny day that earned Fuji a thumping win at their home ground.  Fuji won the toss and elected to bat first in a game that was  limited to 35 overs due to late start.

Fuji boys, who are not famous for their batting, had a very good start against a good bowling attack of Serendib, who looked almost as young as they were when they debuted over a decade ago. Apparently, their veteran skipper skipper, Chandrasiri, is their rallying point and gathered some young lads who were more eager to play. Both Fuji openers, Amit and Mani, put up a pretty decent partnership by rotating strike and getting regular boundaries.

After a good opening partnership, Shanaka took the first wicket for Serendib when he had a well-settled Mani caught plumb in font for 33. Next batsmen Bevis was bowled on very next ball on an unplayable delivery by Shanaka and suddenly Shanaka found himself on a hat-trick but it didn’t happen. Now things were quite in control of Serendib but Fuji soon struck back and got few quick boundaries when new batsman Naveed along with settled opener Amit decided to take on the inexperienced bowling lineup. Amit got out on 39 and Naveed gave him big helping hand with quick 31 runs. After Amit got out, Lokesh came but could just add 8 more runs off his bat. Skipper Bilal replaced Lokesh and had some plan to take full advantage of the situation as Fuji was already able to put a decent score 192 in 22 overs at that time. He along with Ashfaq led Fuji to a great total of 309 at the end of 35 overs. Bilal was unbeaten 94 with 7 sixes and 7 fours off just 32 balls, Ashfaq on the other end made 37 not out off only 18 balls. Serendib’s young bowlers gave away too many runs in the last 10 overs. Shanaka and Indika both took 2 wickets and bowled well.

After the break, Kushal and skipper Shandarsri opened the  innings for Serendib but Fuji was able to get their first wicket in first over by their fast bowler Abhishek. Kushal tried to cut a wide delivery only played on to his own stumps. From then on, Fuji bowlers  never really let Serendib batsmen settle and kept claiming wickets at frequent intervals. Serendib’s middle order batsmen Pradeep and Ashen were able to hang around for a while and got a few boundaries but the target was to big and there were a few wickets left. Later Fuji spinners got the job done and got Serendib all out on just 145.  Fuji won by 164 runs, with  skipper Bilal Bhinder Fuji claiming the Nirvanam Man of the Match award.

It was great match for both teams. Serendib showed that they have great talents and the experience of playing  more matches would only improve their performance.