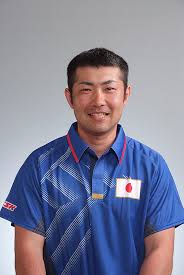 Japan national team captain Masaomi Kobayashi says their team’s dream is to make it to the qualifying stages of the Cricket World Cup in the near future.  The 33-year-old captain, had not witnessed a single over of cricket until curiosity prompted him to start playing at university. “This is a young side, so we have a lot to look forward to,” said Kobayashi. “Our immediate aim is to become one of the top three or four teams in the region. But our dream is to one day make the qualifying rounds of the World Cup.”, added Kobayshi who also plays for the Indian Engineers Cricket Club in the Kanto Cricket League, the largest and only expat cricket league in Japan.

“This is a renewal phase for the Japanese team,” said Chris Thurgate, an Australian and a board member of the Japan cricket association. “There’s genuine competition for places in the national team now that we’ve expanded the player base and there are more junior players coming through,” Thurgate said.